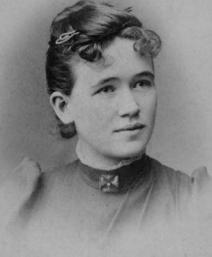 ​Far up in the Rucker Canyon stands a two-story adobe house, which for its day and place was a mansion.  It has always been called The Hermitage, although it was built long after the hermit left the country.  The real hermitage was a humble jacal, built of juniper pickets, and it

The hermit of the Chiricahuas

Settlers ventured into the mountains on the heels of the cavalry and built cabins in the sheltered coves along Whitewater River, now called the Rucker.  Among these was Captain Frederick Heyne, a mining man; and the Hunsaker family, bringing the nucleus of a herd of cattle.  In the vanguard of these pioneers came the hermit ​of the Chiricahuas, a tall, slender, bearded man, no longer young, not yet middle aged.  He chose a promising spot by a permanent spring about a mile above Fort rucker.  Against the rocky hillside, at the junction of the main river and one of its tributaries, he built a jacal of juniper pickets, chinked with mud and rocks and roofed with a thick thatch of bear grass.

The hermit's horse kept fat both winter and summer on the gramma grass growing close at hand.  The spring furnished water for a garden patch, and the Whitewater obligingly left driftwood on its banks, a few yards from his door.  Deer, bear, and wild turkey were so plentiful that it was easy to live off the country.  Ammunition and few other necessities could be bought in the sutler's store at Old Camp Rucker.

It was a time when it was considered impolite and hardly prudent to ask a man his name or question him in any manner, but the hermit volunteered that his own name was Monroe.  His courteous manner and soft southern speech hinted that he might have come from Virginia, and he was ready with money to pay for anything he needed.

"High-toned and stand-off," the soldiers and other settlers described him, and he did keep himself strictly to himself until accidentally it became known that this lone man was by nature, and possibly by training, skilled in surgery far beyond any one else within call.  Pioneers, young and tough as a rule, paid slight attention to illness, and sick folk got well or died according to the potency of home remedies.  Bullet wounds and broken bones were quite another matter, and for their relief a messenger was sent to the hermit as fast as a horse could travel.

Monroe responded readily, and his skill was so evident that in no time at all he was known to his Chiricahua neighbors as Doctor Monroe.  He smiled and said nothing when he was addressed in this new fashion; merely continued to probe for bullets and set broken bones, with no fee other than the satisfaction of seeing his patients up and going in a remarkably short amount of time.

After a few months in Rucker Canyon, Monroe added a second room to his original jacal, and while it also was built of juniper pickets, it was stouter, being reinforced with large stones set in mud mortar.  The outer door was made of thick slabs hewn from large juniper logs, hinged on heavy posts and barred from within by a hewn oak pole.  When this was completed the hermit visited the sutler's store more frequently than before in order to buy powder, fuse and caps.  He explained that he was prospecting.

Now and then cavalrymen heard the blast as Monroe set off a round of shots, and when they stopped at his door to say "Howdy?" he told them that he had seen traces of mineral in the hillside.

No comment was made in the hermit's hearing, but they rode away to laugh and say he was putting the cart before the horse.  A man who found a likely mining prospect quite naturally built a cabin close beside it.  Monroe had built the cabin first and then looked for a mine at his back door.  As the shots and digging continued the hermit's story was altered to keep pace with his work.  He soon said that he was hoping to cut a ledge which cropped out across the creek and showed a sign of mineral.  Somewhat later he explained that he would at least have a fine underground storeroom if his hopes of finding a valuable mine were disappointed.  When the tunnel extended all the way through the hill, Monroe told the few who learned of it that his work had not been wasted, since now he could defend himself from within the tunnel in case the Apaches made a raid upon their old hunting grounds.

The completed tunnel, still intact, is approximately ninety feet long from mouth to mouth, about four feet wide, and a six-foot man may walk through it without stooping.  Moreover it does not go straight through the hill, but midway has an offset in the form of the letter Z, so that a bullet fired from either mouth must hit the wall.  A lone man may there stand off an attack, no matter from which end it is made.

Monroe had removed all the excavated earth and rock through his cabin door-having no wife to make a fuss about his tracking dirt in and out.  The tunnel's other mouth was hidden by lose stones and a clump of oak brush.  It seemed clear that the hermit expected to be attacked, but those who knew of his elaborate preparations for self-defense did not for a moment believe he had gone to all that trouble on the chance of an apache raid.

"If the feller was that skeered of Injuns he wouldn't uv come here in the fust place," was the opinion of soldiers and settlers alike.

Dr. Monroe came to be regarded as an old timer by newcomers who drifted into the mountains, and a fixture as well, since he had never been known to leave the Chiricahuas in all the years since his coming.  His needs were few, and for anything which the sutler's store did not afford he depended upon the freighters who brought supplies to Old Camp Rucker from Willcox, the nearest railway station.  An occasional letter reached him in that fashion, and must have contained the money which had no other apparent source.

Also at Willcox was the nearest telegraph office, little used because the arrival of the message over the wires was then a fearsome thing to the average person, portending nothing less than a death in the family.  For that reason the freighter who brought out the first and last telegram addressed to Monroe kept a curious eye on the hermit as the yellow envelope was torn open.

"Thank You," said Dr. Monroe, with his customary little bow and smile.  Then, without turning a hair, he tore up the message and threw the bits into the fire.

Although the hermit disappointed the freighter by his failure to laugh, cry, or curse upon reading the message, it threw him into a fever of haste.  To the Hunsakers he sold his squatter's right to homestead and spring - with the tunnel thrown in for good measure.  He packed his few belongings in boxes and sent them to Willcox, whence they were shipped by express to Los Angeles, prepaid, marked "TO BE CALLED FOR".

Most regretably there was no one at hand to note whether the train which the hermit boarded was east or west bound.  The ultimate news of him was brought to the Chiricahuas weeks later.  The Wells Fargo agent in Los Angels had written to the Willcox agent, asking what should be done with the boxes held for a man named Monroe, who had never appeared to claim them.

"I sure hope nothin' bad happened to the Doc Monroe!" said grateful patients for years after his disappearance.

​Those who knew him best and owed most to his skill, in fancy saw him on the wide white gallery of a southern home, an exile and a hermit no more.

​snuggled against the hill behind the site of the present house.  One who knows just where to look for the opening may still walk the length of the long tunnel which the hermit bored through the hill.  Why he bored it so laboriously and left it so hastily are twin questions to which there has never been an answer.

In the eighteen-seventies the Chiricahua Apaches were still living in the range of mountains which bears their name, and from its heights they swooped down upon the settlers in the Sulphur Spring Valley on the west and the San Simon Valley on the east.  Matching the strategy of the Indians, a military post accommodating two troops of cavalry was established in the same mountains, midway between the two valleys, so that a quick response could be made to a call for help from either direction.

Old Camp Rucker, with its thickwalled adobe fort and pine log barracks, was located beside a living spring which furnished an abundance of water.  A broad, level mesa, upon which the rifle butts still remain, made an excellent drilling ground for the cavalry-men and their mounts.

Young junipers and oaks have encroached upon that open parade ground during the sixty and more years since the troops drilled there, and deer hunters now complain that the whole canyon is so wooded that it is difficult to get a good shot.  All that has come about since the Apaches left their Chiricahua hunting ground, for they had no scruples about setting fire to the brush when the lightning did not save them that trouble.