John P Gray, Following the drought of 1891-92 which devastated Arizona's livestock industry, moved back to California. On April 30, 1894, he married Lannie Marianne Charles in San Francisco. They had two children in California: John Jr. (born February 4, 1895) and Rucker C. (born in March 1896). John and his family returned to Arizona in 1900, settling on the family's ranch near Pearce. Another son, Robin, was born at Pearce. About 1902 John and his family returned to San Francisco, where a daughter, Sallie, was born on May 26, 1905. Shortly thereafter, John moved to Ukiah, California, where he found em­ployment as a clerk and bookkeeper for the Snow Mountain Power Company. An­other son, Harry Lee, was born at Ukiah on May 6, 1908. John and his family left the area, perhaps after Lannie's death on August 22, 1920. In 1928 John Gray showed up in Los Angeles, where he spent the remaining years of his life. He died on January 11, 1943, at age eighty-two.

Much of what the Grays contributed to southeastern Arizona would be un­known had not John Gray, in later life, penned a memoir. Entitled "When All Roads Led to Tombstone," the narrative eventually came to rest in the Arizona Pioneers Historical Society. "While not an impeccable source of factual informa­tion," this memoir has been extensively consulted by researchers questing for in­sights into early Cochise County history, particularly about Tombstone, its des­peradoes, and ranching and the cattle trade.

​Probably also taken from these memoirs by Neil B. Carmony is the pamplet Tombstone's Violent Years, 1880 - 1882. 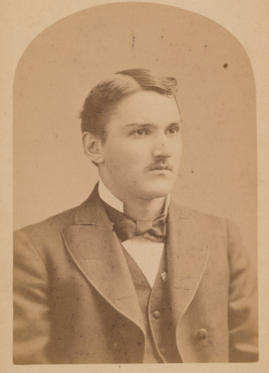 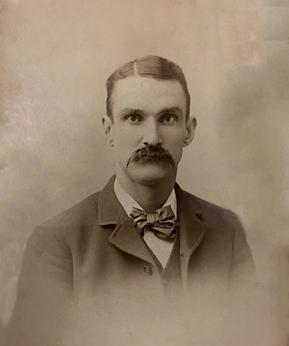 Photo from the Bankcroft Library, University of California, Berkeley 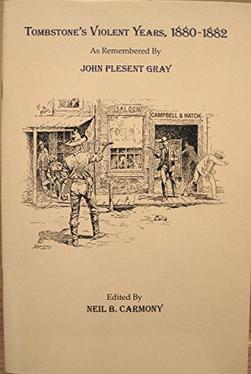 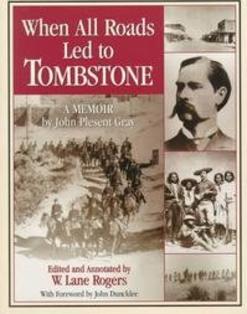