Mike Gray And His Family

The other, more personally descriptive source of Mike Gray’s life is of course the memoirs of his son, John Pleasent Gray, which are reproduced in their unabridged version on this website.  Within those memoirs, which largely deal with the Gray family life in Arizona and Tombstone from 1879 to 1896, there is a section at the end that John uses to narrate other aspects of his life. The entire memoir has been recognized as one of the best narratives of life in the “Tombstone Era”. In 1998, after the discovery of the previously unpublished memoirs, historian and author W. Lane Rogers edited and annotated the memoirs and published the book, When All Roads Led to Tombstone. His footnoting and photographs put the memoirs into meaningful context.

While the best means of understanding the widely varied nature of Mike Gray’s life and his many adventures and associates (much of which can be gleaned from the various articles and documents included on this website), there is no better summary of his life than what appears in the book, Cochise County Stalwarts, A Who’s Who of the Territorial Years by Lynn R. Bailey and Don Chaput.  In that book, Messrs.  Bailey and Chaput have compiled information that reflects an enormous amount of research on hundreds of famous (and infamous) individuals who played pivotal roles in the “Tombstone Era” of Southeastern Arizona.  Mike Gray was one of those people.  The account of Bailey and Chaput follows: 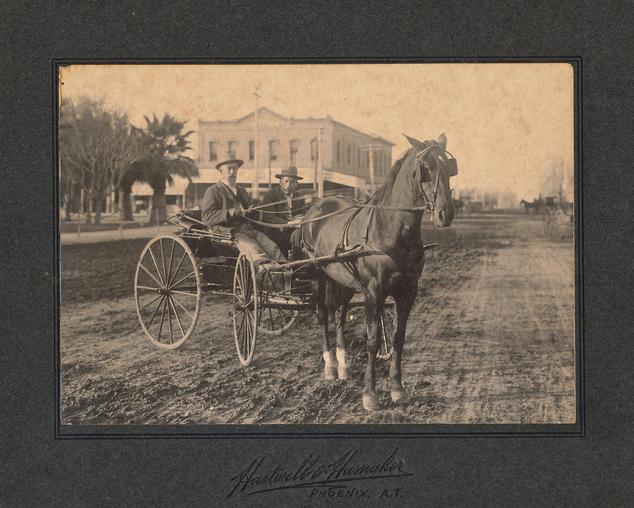 Gray, Michael "Mike".  A mover and a shaker in Tombstone and Coshise County for decades.  Born in Tennessee on April 1, 1827, Mike moved to Texas with his family in 1831.  Allegedly he joined the Texas Rangers while in his teens, and followed Colonel Jack Hays throughout the Mexican War, attaining the rank of first lieutenant.  The Grays moved on to the California 1849, settling at Marysville, where Mike became involved in gold mining and claim speculation.  From 1851 to '53 he served as sheriff of Yuba County.  In 1853, at Marysville, he married Sarah Ann Robinson, daughter of John L. Robinson, an immigrant from Kentucky to Missouri who had ventured on to California. Two daughters, Mary and Maggie, were born to Mike and Sarah at Marysville in 1854 and 1858. Shortly thereafter, the Grays moved to Sacramento, where Mike served as sergeant-at-arms for the California Assembly.  Son, John Pleasent was born in that community on February 29, 1860.  At the outbreak of the civil war, mike gray was offered a commission in the California Volunteers but declined because of souther sympathies.  the gray family spent the war years looking after mining interests at guaymas and mazatlan, mexico.  a son, dixie lee, whose name reflects gray's love of the confederacy, was born at guaymas in 1862.  unrest caused by the french invasion of mexico forced the grays return to california.  in 1869 mike was keeping a saloon at gilroy in santa clara county.  three years later, in 1872, mike gray spent $16,000 looking for diamonds and gold in the san juan river region.  He found neither, although his well-equipped expedition, which was organized in pueblo, colorado, did get within sixty miles of san juan river placers,  before turning back due to scarcity of provisions and hostile Indians.  he returned to gilroy only to lose his eldest daughter Mary.  she died at the community in 1876.

​The search for mineral wealth drew Mike to Tombstone in June of 1879. About July 7 he was appointed by Pima County Board of Supervisors justice of the peace for Tombstone Precinct, to fill the vacancy created by the resignation of T. J. Bidwell. Gray did more than administer the law, however. He erected a lodging house and restaurant. The latter, managed by wife Sarah, was capable of feeding 75 people a day. Mike also acquired mining property in the district, the most important of which was the Way-Up Mine, and he became one of the principal owners of the infamous Tombstone Townsite Company, whose claim to title of all community lots led to years of strife. Dis­posing of his interest in the Townsite Com­pany, Mike Gray turned to other things. In spring 1881 Mike acquired from Curly Bill Brocius a tract of land in the Animas Valley of New Mexico. His enthusiasm for ranching in that part of the country was dampened when son Dixie, who was also a notary public and conveyancer in Tombstone, was murdered near the ranch on August 13 1881. After that tragedy, Mike phased out that operation, selling the property in 1883 to George Hearst for $12,000. In 1882 the Grays acquired Camp Rucker (also called Camp Supply), a short-lived army post in the southern foothills of the Chiricahua Mountains, and for the next fourteen years he raised cattle, entertained, and dodged marauding Apaches. In 1896 the Rucker Canyon ranch was absorbed by the Erie Cattle Com­pany, and the Grays relocated to a ranch near the booming gold camp of Pearce.

In the meantime Mike Gray pursued community, county, and territorial poli­tics. In 1880 he was clerk of Tombstone's Common Council, and rapidly gained a power base. Becoming "the democratic war horse" of Cochise County, he was elected to the Arizona House of Representatives in 1886, 1892, 1898, and 1900. Considered "one of the most fearless men in Arizona," Mike was seriously con­sidered as a candidate for U.S. Marshal in Arizona Territory in February 1893, al­though he was considerably advanced in age.

Those years were not all gain for Mike Gray. On November 10, 1893, daugh­ter Maggie, who had married Fred P. Barrow, son of S. M. Barrow, died in Califor­nia; and Sarah, Mike's wife, died in San Francisco February 20, 1894, at age 63. And in 1904 cancer was detected on Mike's right forearm. He went to San Fran­cisco for treatment, but its rapid spread necessitated amputation during the first week of May 1905. The old frontiersmen rapidly deteriorated from then on, and he died in San Francisco on September 8, 1906.

​This sketch of Mike Gray cannot be concluded without saying something about his son John. Following the drought of 1891-92 which devastated Arizona's livestock industry, John Gray moved back to California. On April 30, 1894, he married Lannie Marianne Charles in San Francisco. They had two children in California: John Jr. (born February 4, 1895) and Rucker C. (born in March 1896). John and his family returned to Arizona in 1900, settling on the family's ranch near Pearce. Another son, Robin, was born at Pearce. About 1902 John and his family returned to San Francisco, where a daughter, Sallie, was born on May 26, 1905. Shortly thereafter, John moved to Ukiah, California, where he found em­ployment as a clerk and bookkeeper for the Snow Mountain Power Company. An­other son, Harry Lee, was born at Ukiah on May 6, 1908. John and his family left the area, perhaps after Lannie's death on August 22, 1920. In 1928 John Gray showed up in Los Angeles, where he spent the remaining years of his life. He died on January 11, 1943, at age eighty-two.

Much of what the Grays contributed to southeastern Arizona would be un­known had not John Gray, in later life, penned a memoir. Entitled "When All Roads Led to Tombstone," the narrative eventually came to rest in the Arizona Pioneers Historical Society. "While not an impeccable source of factual informa­tion," this memoir has been extensively consulted by researchers questing for in­sights into early Cochise County history, particularly about Tombstone, its des­peradoes, and ranching and the cattle trade.300 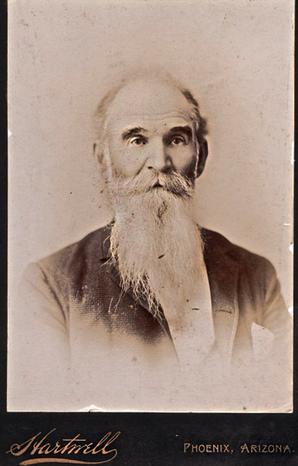 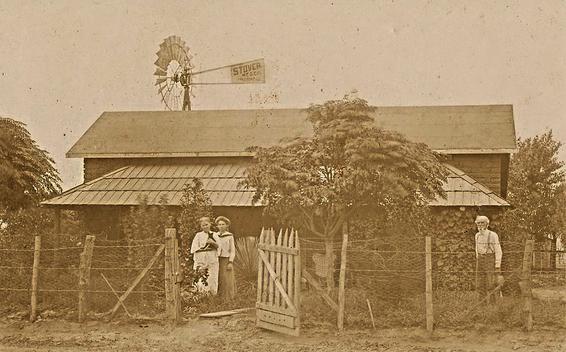 The Murder of Robert Hardie
View on Mobile